3 Lessons in Network Visibility from the A-List 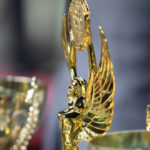 The network can be host to multiple performance killers. Here are three worth noting Like Ed Sheeran as a secret stormtrooper in “Star Wars: The Rise of Skywalker,” some cameos are hard to spot. They can appear out of nowhere halfway through the film or remain a complete mystery until behind-the-scenes footage reveals the masked […]

The post 3 Lessons in Network Visibility from the A-List appeared first on DevOps.com.