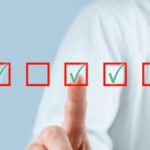 A big goal of DevOps is to increase productivity. Yet many organizations still struggle with the efficiency of their software release processes. In fact, 54% of engineers stated they have too many manual steps within their deployment process, according to an Armory survey. And with the pervasiveness of multi-cloud, developers now face an escalating number […]

The post 6 Ways To Empower Developers and Increase Productivity appeared first on DevOps.com.