7 Things to Make DevSecOps a Reality 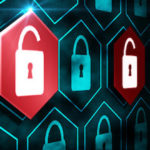 While talking about DevSecOps has become a hot trend, it is clear that many organizations claiming to follow such methodologies are actually mired in traditional waterfall development. Let’s figure out if you’re really ready to implement DevSecOps. In a world that relies heavily on distributed computing and third-party services, security is paramount for those who […]

The post 7 Things to Make DevSecOps a Reality appeared first on DevOps.com.