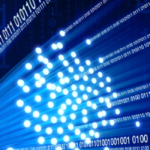 The last few decades have seen multiple major shifts in how applications are built and deployed, and now we’re seeing the start of a new shift that opens up enormous opportunities for all kinds of developers. Instead of bringing data to applications, developers are bringing their applications to the data. Let’s back up. In the […]