A10 Networks Allies with Dell for ADC Infrastructure 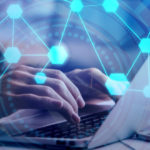 A10 Networks announced today it has partnered with Dell Technologies to make its application delivery controller (ADC) and A10 Thunder Multi-tenant Virtual Platform (MVP) available on Dell servers. Gunter Reiss, vice president of worldwide marketing for A10 Networks, said this alliance reduces the cost of deploying ADCs in on-premises IT environments by taking advantage of […]

The post A10 Networks Allies with Dell for ADC Infrastructure appeared first on DevOps.com.