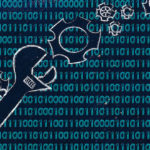 Adobe this week launched a series of tools intended to make it easier to build custom applications that can be deployed on a serverless computing platform on the Adobe Experience Cloud. Announced at the online Adobe Developers Live event, the Project Firefly framework promises to make it easier for developers to build cloud-native applications that […]