Building and deploying secure applications is critical work, and the threat landscape is always shifting. We’re constantly working to reduce the pain of maintaining a strong cloud security posture. Today we’re launching a new capability called AWS Managed Rules for AWS WAF that helps you protect your applications without needing to create or manage the rules directly. We’ve also made multiple improvements to AWS WAF with the launch of a new, improved console and API that makes it easier to keep your applications safe.

AWS WAF is a web application firewall. It lets you define rules that give you control over which traffic to allow or deny to your application. You can use AWS WAF to help block common threats like SQL injections or cross-site scripting attacks. You can use AWS WAF with Amazon API Gateway, Amazon CloudFront, and Application Load Balancer. Today it’s getting a number of exciting improvements. Creating rules is more straightforward with the introduction of the OR operator, allowing evaluations that would previously require multiple rules. The API experience has been greatly improved, and complex rules can now be created and updated with a single API call. We’ve removed the limit of ten rules per web access control list (ACL) with the introduction of the WAF Capacity Unit (WCU). The switch to WCUs allows the creation of hundreds of rules. Each rule added to a web access control list (ACL) consumes capacity based on the type of rule being deployed, and each web ACL has a defined WCU limit.

Let’s take a look at some of the changes and turn on AWS Managed Rules for AWS WAF. First, I’ll go to AWS WAF and switch over to the new version.

Next I’ll create a new web ACL and add it to an existing API Gateway resource on my account. 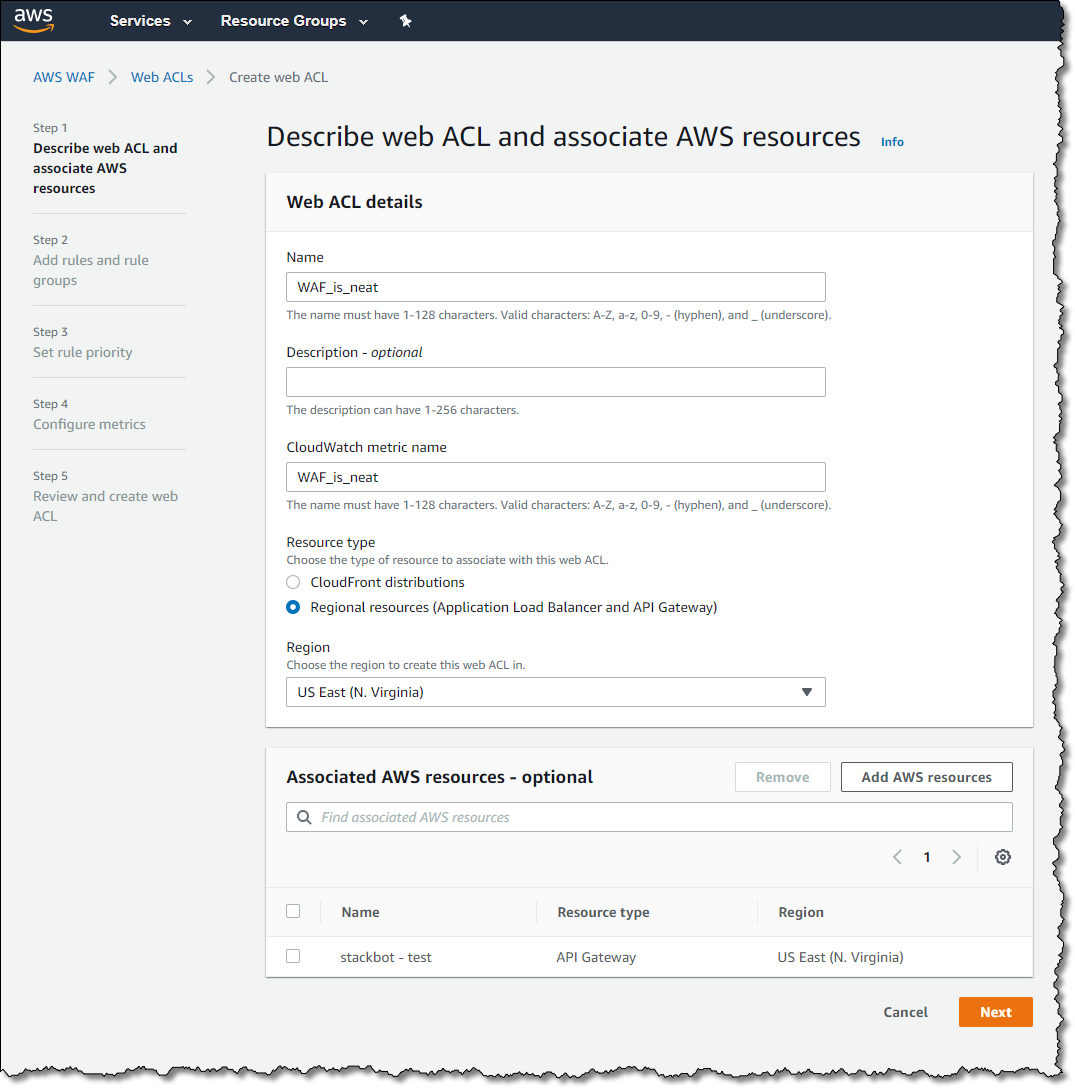 Now I can start adding some rules to our web ACL. With the new AWS WAF, the rules engine has been improved. Statements can be combined with AND, OR, and NOT operators, allowing for more complex rule logic.

I’m going to create a simple rule that blocks any request that uses the HTTP method POST. Another cool feature is support for multiple text transformations, so for example, you could have all your requests transformed to decode HTML entities, and then made lowercase. 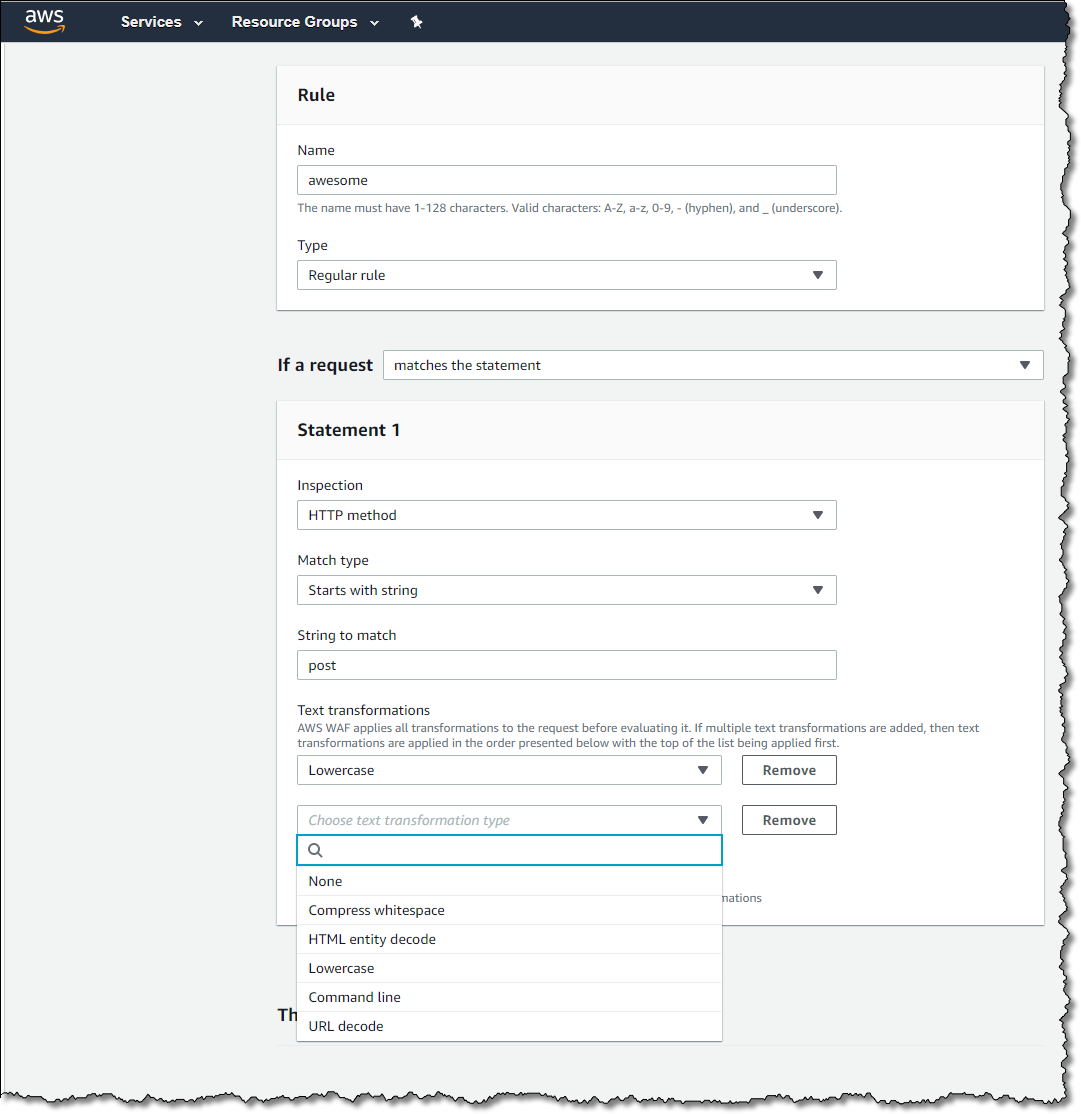 JSON objects now define web ACL rules (and web ACLs themselves), making them versionable assets you can match with your application code. You can also use these JSON documents to create or update rules with a single API call. 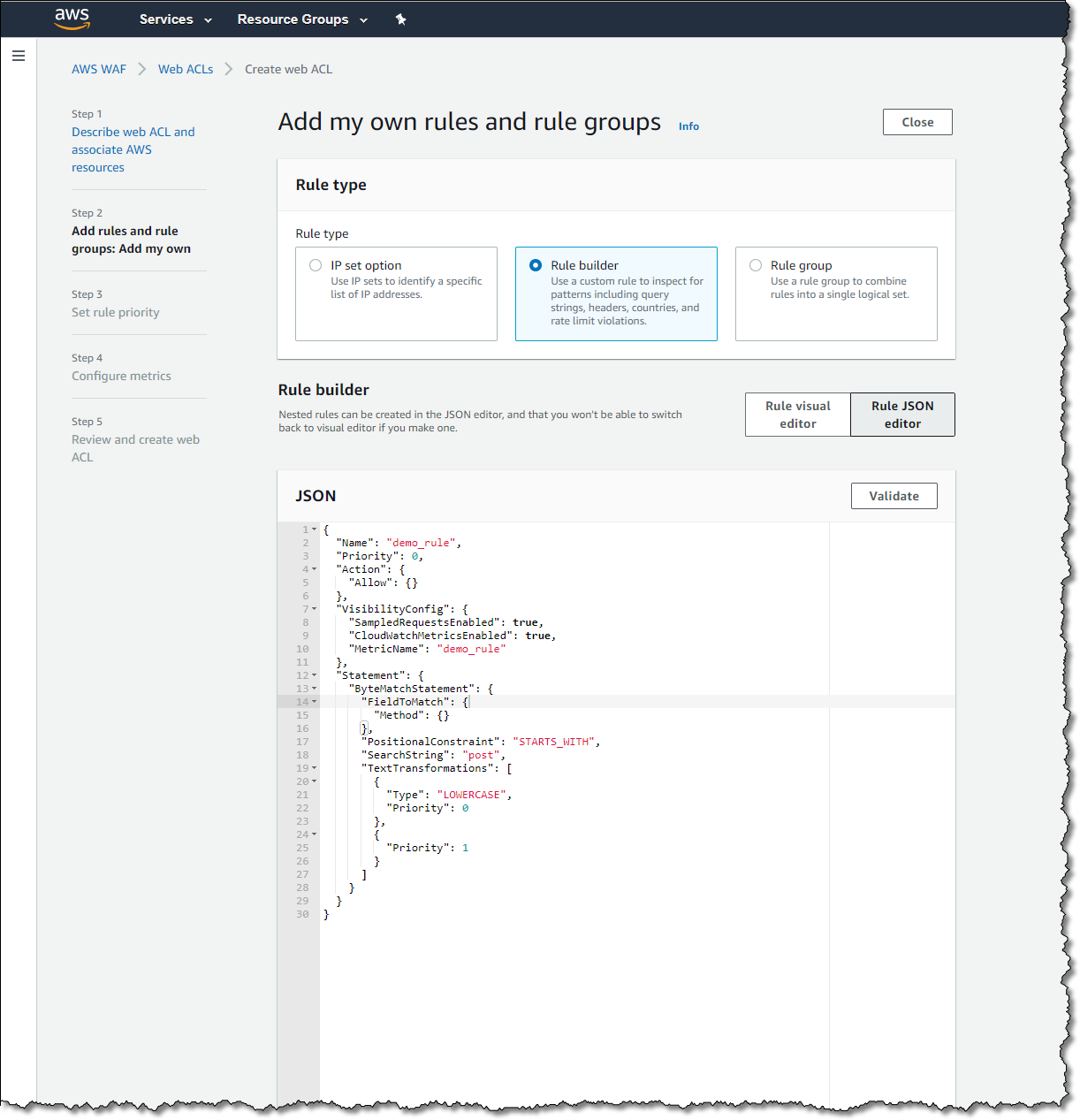 Now let’s play around with something totally new: AWS Managed Rules. AWS Managed Rules give you instant protection. The AWS Threat Research Team maintains the rules, with new ones being added as additional threats are identified. Additional rule sets are available on the AWS Marketplace. Choose a managed rule group, add it to your web ACL, and AWS WAF immediately helps protect against common threats. 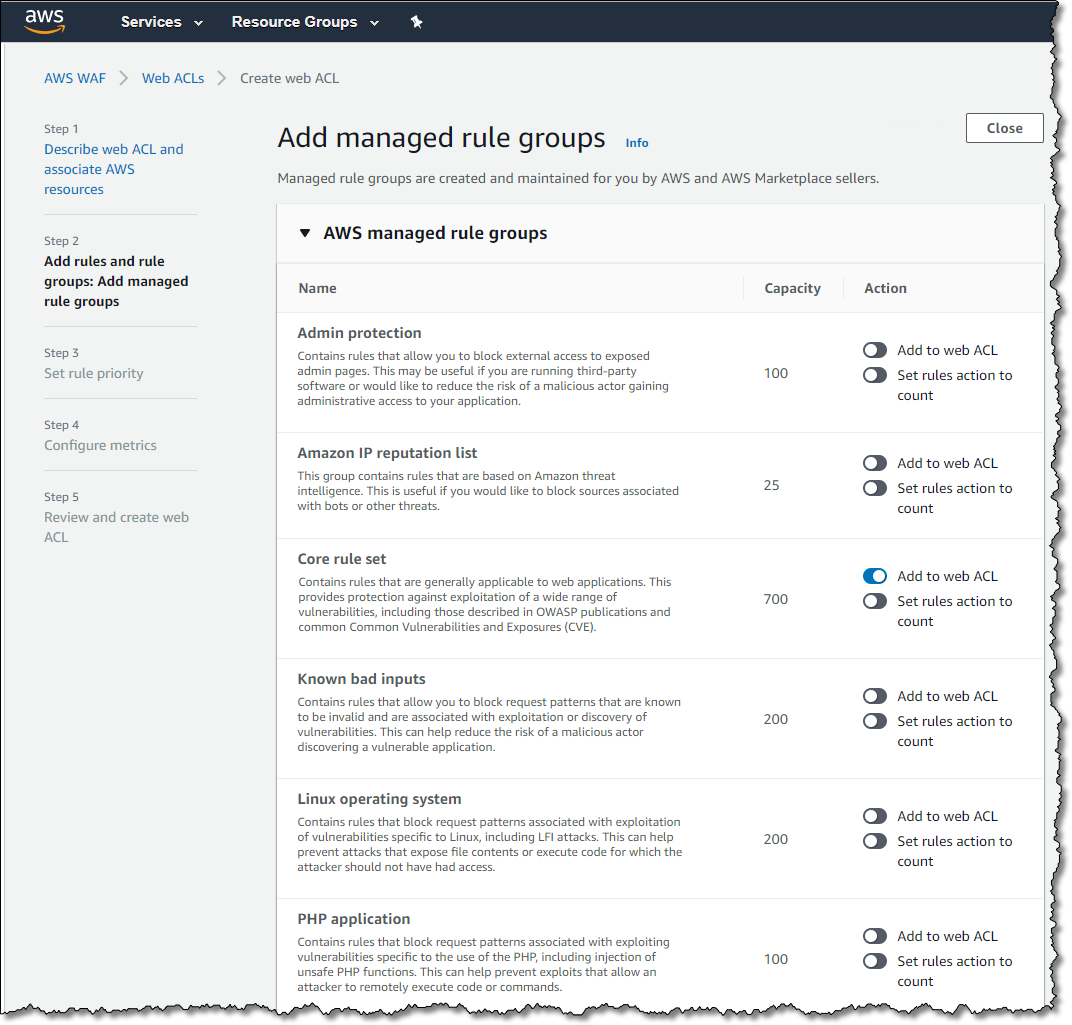 I’ve selected a rule group that protects against SQL attacks, and also enabled core rule set. The core rule set covers some of the common threats and security risks described in OWASP Top 10 publication. As soon as I create the web ACL and the changes are propagated, my app will be protected from a whole range of attacks such as SQL injections. Now let’s look at both rules that I’ve added to our ACL and see how things are shaping up.

Since my demo rule was quite simple, it doesn’t require much capacity. The managed rules use a bit more, but we’ve got plenty of room to add many more rules to this web ACL.

That’s a quick tour of the benefits of the new and improved AWS WAF. Before you head to the console to turn it on, there are a few things to keep in mind.

As always, happy (and secure) building, and I’ll see you at re:Invent or on the re:Invent livestreams soon!