API Security in DevOps: Are We Too Comfortable? 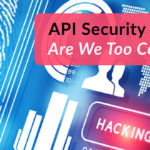 Postman performed its annual survey of developers, and as this survey and many other surveys have shown, developers are generally comfortable with the level of API security that their organization has implemented. This has been a consistent trend, with most developers being comfortable that they are protected. The problem is most organizations also put API […]

The post API Security in DevOps: Are We Too Comfortable? appeared first on DevOps.com.