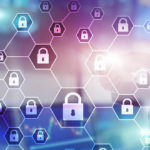 New estimates say the total number of public and private APIs in use is approaching a whopping 200 million. APIs are becoming increasingly crucial to the global digital economy. They are the backbone of many digital platforms and drive the composable enterprise model. But this ubiquity presents sprawl issues. F5 recently released a study that […]