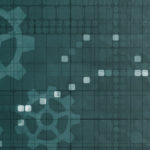 In advance of its online GraphQL Summit this week, Apollo GraphQL announced today it has updated its Apollo Federation offering that enables a GraphQL Server to span multiple platforms, making it more accessible to a wider range of developers using different tools. Apollo Federation is now integrated with both Apollo Studio, a web-based tool for navigating […]