App Testing Must Evolve Within the DevOps Pipeline 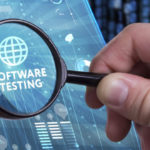 As the practice of DevOps evolves, so do the supporting tasks; hopefully in such a way that they introduce increased efficiency and automation to accelerate development and deployment pipelines. However, one specific process still remains a speed bump on the road to DevOps acceleration: the process—or, more specifically, the chore—of testing. Naturally, testing is an […]

The post App Testing Must Evolve Within the DevOps Pipeline appeared first on DevOps.com.