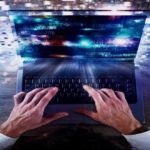 Applause today unfurled a software-as-a-service (SaaS) platform that makes it easier to automatically create test automation scripts without having to write code. At the same time, the company is adding support for an application programming interface (API) through which DevOps teams can send new features to be tested by the Applause platform. Both offerings are […]