Are US Workers Threatened by Automation? 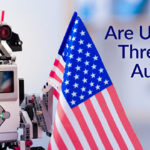 There’s been plenty of predictions about the impact of automation on the workforce: from enhancing the ability of workers to do their jobs to those who argue intelligent automation will eventually decimate the human workforce. The issue even made it to the Democratic presidential 2020 primary race with candidate Andrew Yang’s “Freedom Dividend.” Still, if […]

The post Are US Workers Threatened by Automation? appeared first on DevOps.com.