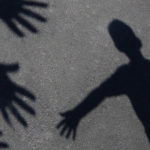 Armory, provider of a curated instance of open source Spinnaker continuous delivery (CD) software, is making generally available an open source plugin framework for any instance of Spinnaker. Announced this week at its online OPEN CORE SUMMIT, the framework has already been employed to create 15 plugins for Spinnaker, including an observability tool from Armory […]