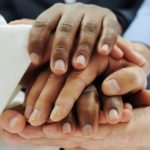 Engineering teams continue to struggle with roadblocks and bottlenecks during the development process, according to Software’s recent 2021 Code Time Report. The study, which is based on feedback from more than 250,000 developers using the Code Time plugin, found the median code time per developer is 52 minutes per day, or four hours and 21 minutes of […]