Building on Terraform: Evolution, not Revolution 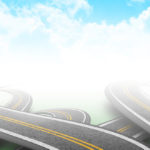 Terraform is widely adopted among both enterprises and service providers who embrace infrastructure-as-code (IaC) as their model for infrastructure provisioning automation in DevOps environments. And while the technology has limitations, innovations seeking to unseat Terraform are highly fragmented and have seen tepid adoption. This points to a market that’s settling on a de-facto standard, so […]

The post Building on Terraform: Evolution, not Revolution appeared first on DevOps.com.