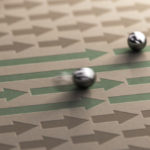 Apache Cassandra is a row-oriented NoSQL database created by developers working at Facebook. With elasticity as one of its key features, open source contributors have added new streaming capabilities to Cassandra 4.0 for its beta launch. These improvements have been shown to enable the database to stream data between nodes at speeds up to five […]