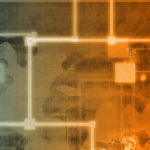 The team overseeing the development of the open source Tekton Pipelines under the auspices of the Continuous Delivery (CD) Foundation announced today the project is now in beta. Christie Wilson, Tekton Project Lead and a software engineer at Google, said Tekton Pipelines are not necessarily a tool most DevOps teams will interact with directly. Rather […]