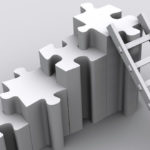 At an online Spinnaker Live event today, the Continuous Delivery (CD) Foundation revealed the open source CD platform is gaining significant momentum since being contributed by Netflix late last year. There were on average 399 merged pull Spinnaker requests a month in the first quarter of 2020. A total of 1,183 contributors participated in the […]