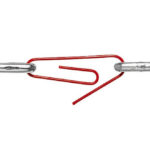 Two insurgent efforts to make sure the CentOS distribution remains viable have been launched following a decision by Red Hat to no longer invest in that fork of the Red Hat Enterprise Linux (RHEL) distribution. Launched in 2006, CentOS is widely employed by IT organizations that need an open source distribution of Linux to, for […]