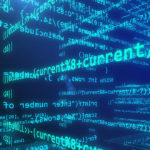 Chef announced this week that its offerings for managing and testing infrastructure as code now support Graviton 2 processors from Arm on the Amazon Web Services (AWS) cloud. AWS this week announced the availability of an M6g instance of processors on its public cloud. Based on a 64-bit Arm Neoverse N1 architecture, the M6g processors […]