Chip-to-Cloud IoT: A Step Toward Web3 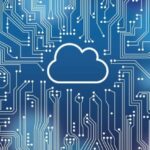 During the first six months of 2021, IoT devices were breached 1.51 billion times, a significant increase from only 639 million breaches observed for the entirety of 2020. This problem can be attributed to the widespread adoption of the internet-of-things (IoT) and the Windows Server Message Block (SMB), and neither can be avoided in the […]

The post Chip-to-Cloud IoT: A Step Toward Web3 appeared first on DevOps.com.