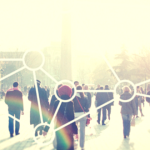 The most common thing I hear from developers who are building internet of things (IoT) solutions is: It isn’t easy. And it’s not. Not because of a lack of skill—the developers I interact with are incredibly talented. There’s also no shortage of technologies to choose from for deploying an IoT solution. The challenge often comes […]

The post Closing the Education Gap for IoT Developers appeared first on DevOps.com.