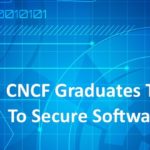 The Cloud Native Computing Foundation (CNCF) announced today that an open source specification for securing software update systems has graduated to becoming a top-level project. The Update Framework (TUF) is made up of a set of libraries, file formats and utilities that can authenticate files and images before they are downloaded from a software repository. […]