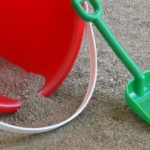 The Cloud Native Computing Foundation (CNCF) today announced it has simplified the process it employs to enable open source software to become a sandbox project managed under its auspices. Priyanka Sharma, general manager for the CNCF, said the organization is looking to increase the number of open source projects that make up the cloud-native ecosystem. […]