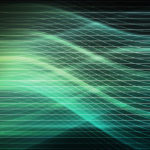 CodeLogic launched today a toolkit that enables developers to scan binaries, runtime application behavior and database connections and then leverage graph technology to identify connections and dependencies in real-time. Brian Pearce, CodeLogic CEO, said the goal is to make it simpler for developers to identify the relationship between application elements to increase overall productivity and […]