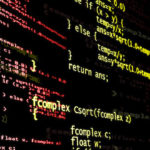 Codenotary has launched a Codenotary Cloud platform that can automatically generate a software bill of materials (SBOM) and make it easier to discover what components have been included in an application. Moshe Bar, Codenotary CEO, said that capability can also play a key role in identifying which components in an application might contain, for example, […]