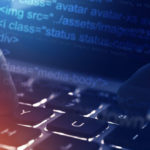 The recently released Secure Code Warrior State of Developer-Driven Security Survey revealed that developers continue to wrestle with secure coding practices in a working environment that has long prioritized features and functionality and speed at the expense of security.  Of the more than 1,200 developers who took part in the survey, only 14% named security […]