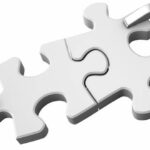 Rumors are swirling that Broadcom wants to buy its way into the growing hybrid cloud market by acquiring VMware. The deal won’t come cheap—after news of the potential deal surfaced, VMware’s market cap soared to around $50 billion. Yes, billion with a ‘B’. As interest rates increase and investors reevaluate many of the lofty software […]