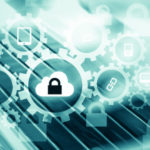 Oxeye today disclosed that it has discovered a critical vulnerability in the open source Backstage software used to build developer portals. Backstage was originally created by Spotify. A 1.5.1 update to the Backstage platform remediated a sandbox escape vulnerability that can occur via a third-party Scaffolder plug-in that could be used to conduct unauthenticated remote […]