Cycloid Brings Open DevOps Framework to the US and UK 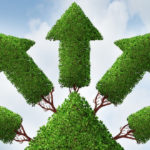 Cycloid, a Paris, France-based provider of an open framework for implementing DevOps best practices, today announced it is expanding its operations into the U.S. and United Kingdom. Benjamin Brial, founder of Cycloid, said the Cycloid framework provides a lightweight approach to striking a balance between enabling developers to employ the tools they prefer and the […]

The post Cycloid Brings Open DevOps Framework to the US and UK appeared first on DevOps.com.