Day in the Life of a Site Reliability Engineer (SRE) 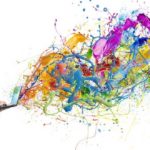 By now, most of us are familiar with the concept of site reliability engineering (SRE). The term was originally coined by Google and SRE has been gaining traction in recent years as a role dedicated to increasing the resilience of digital ecosystems. To accomplish this, a big part of the SRE doctrine is “automating your […]

The post Day in the Life of a Site Reliability Engineer (SRE) appeared first on DevOps.com.