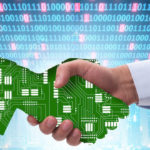 For some time, the goal of digital transformation was to replace legacy systems. It became a battle between all that was new and shiny and that which was old, outdated and “had to go.” However, this philosophy has since shifted as companies realized two crucial facts. First, legacy systems are often too important to be […]

The post Developer Familiarity is Key to Digital Success appeared first on DevOps.com.