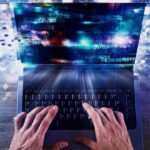 Fuzz testing continues to grow in popularity among developers within the open source community. Google’s open source security (OSS) team recently reported finding more than 40,000 bugs in 650 open source projects through the use of fuzz testing. But if you have no clue what fuzz testing is (yet), don’t worry. You’ve come to the […]