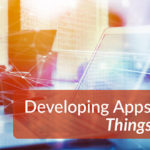 Authors of numerous articles and videos have covered all the bells and whistles built into iOS 13, the latest major iteration of Apple’s mobile operating system. Rather than diving into all of these perks, though, I will focus on the changes for app developers. As it often happens, Apple introduced many proprietary applications that successfully […]

The post Developing Apps for IOS 13: Things to Consider appeared first on DevOps.com.