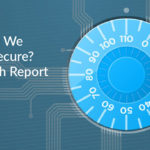 Application security is top of mind now more than ever. For more than a decade, Veracode examined increasing amounts of code as it passes through their source code vulnerability scanning service. During this period, automation is increasingly prevalent, making it easier to run scans more frequently and regularly. But has automation helped? Is the software […]