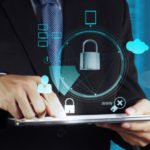 When the cloud first caught on, there was a problem with Shadow IT—developers spinning up instances in AWS without the IT team knowing they existed. Now with the ease of CI/DC automated deployments, the problem of Shadow Code—code being added to apps that did not go through the entire team process—has arisen. In this DevOps […]