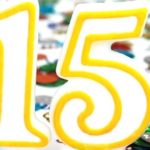 Git, the version control system that arguably has enabled many DevOps advances over the last decade, is turning 15 this month. Git was developed by Linus Torvalds, best known for his contributions to Linux, and was so-named after he and the rest of the Linux community referred to it as “that stupid content tracker.” The […]