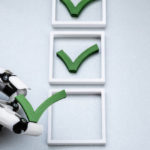 In this episode of DevOps Unbound, Alan Shimel is joined by Christine Yen of Honeycomb, Paul Bruce of Tricentis and Mitch Ashley from ASG/MediaOps to discuss how to effectively test the performance of your applications and how bringing observability into testing environments helps DevOps teams identify and resolve issues early in the SDLC. The video […]