DevOps Was Supposed to Kill Developer Jobs. Here’s Why it Didn’t 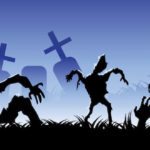 The rise of DevOps is more an evolution than a revolution, and developer jobs aren’t going anywhere Development died a long time ago and was replaced by DevOps. Or, at least that was the way it was supposed to happen. In reality, developers are doing just fine. There are currently almost 150,000 development jobs right […]

The post DevOps Was Supposed to Kill Developer Jobs. Here’s Why it Didn’t appeared first on DevOps.com.