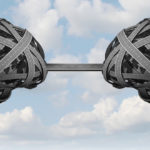 The path through which open source projects become industry standard is about to become a lot smoother. The Joint Development Foundation (JDF), an arm of The Linux Foundation, this week announced it has been approved to become an official submitter to the International Standards Organization (ISO) and the International Electrotechnical Commission (IEC). ISO and IEC […]