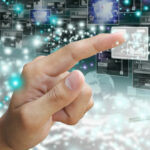 Dynatrace, at its online Perform 2022 event, launched a bevy of updates to its portfolio that make it easier for DevOps teams to programmatically embed observability and other software intelligence capabilities within applications. At the same time, Dynatrace also revealed that it has extended the reach of its observability platform to now include all the […]