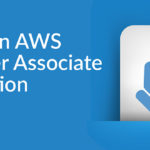 Studying for an AWS Certification may seem like an arduous task, especially if one isn’t expecting to take any more tests now that college is finally over. However, the certification doesn’t have to be long and tedious—it can be accomplished in as little as three months or less. I had started working in the middle […]