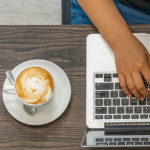 The Eclipse Foundation this week opened an Adoptium Marketplace through which DevOps teams can access Java binaries based on the OpenJDK specification. OpenJDK was created based on the Java standard edition (SE) of the programming language and virtual machine. Mike Milinkovich, executive director of the Eclipse Foundation, said the goal is to make it easier […]