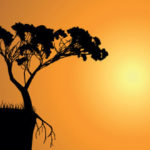 Even as technology continues to move into the cloud, a simultaneous shift is already underway in the opposite direction as computing increasingly moves to the edge. One key reason: by 2025, the number of connected devices in use is expected to exceed 56 billion units, according to IDC. Edge computing is not a successor to […]