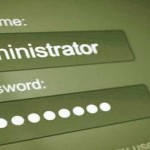 Most developers need three things in life: Control, interesting projects and the ability to build on the technology of their choice. Now a new development promises to put all three in developers’ hands—FusionAuth’s announcement of its support for ARM-based architecture. FusionAuth solutions offer multi-factor authentication, passwordless authentication and single sign-on, among other features. ARM-based architectures […]