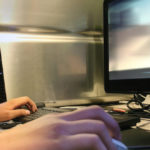 Python is an object-oriented, general-purpose and high-level programming language developed in 1991 by Guido van Rossum. Since its development, Python has become one of the most popular programming languages in the world. It often ranks high in popularity surveys—for instance, it claimed the top spot in the Popularity of Programming Language index and came in […]