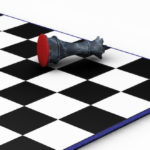 Things boiled over a bit last week with the announcement that Google launched the Open Usage Commons (OUC) consortium (see Mike Vizard’s article here). The announcement and subsequent angst it has caused has upset what had been a pretty stable environment that helped open source software become the dominant force in development and IT. While […]