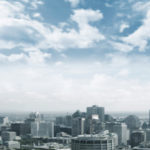 Grafana Labs today released an update to the open source Grafana project that adds a viewer that simplifies tracking the path of a single request through a distributed system. Version 7.0 also adds a plug-in for Amazon CloudWatch Logs along with support for Apache Arrow, a unified data and plugin framework that promises to make […]