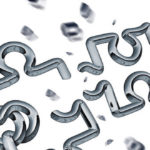 GrammaTech today launched a CodeSentry software composition analysis (SCA) for binaries that inventories third-party code used in custom applications and identifies known vulnerabilities. Vince Arneja, chief product officer for GrammaTech, said the bulk of custom applications today are made up of binaries based on components developed by a third-party that comes in the form of […]